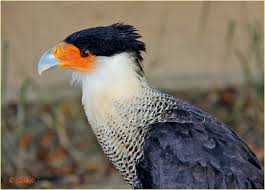 A bird of prey, measuring between 55 and 60 cm long. Its crest on the top of its head is blackish in colour, the rest of its body greyish, with a white neck, back and chest with wide brown and greyish white stripes. In flight you can see its wing patch, which is clear, with a whitish tail ending with a black band. The skin on the face is bare, a typical trait of the scavengers. 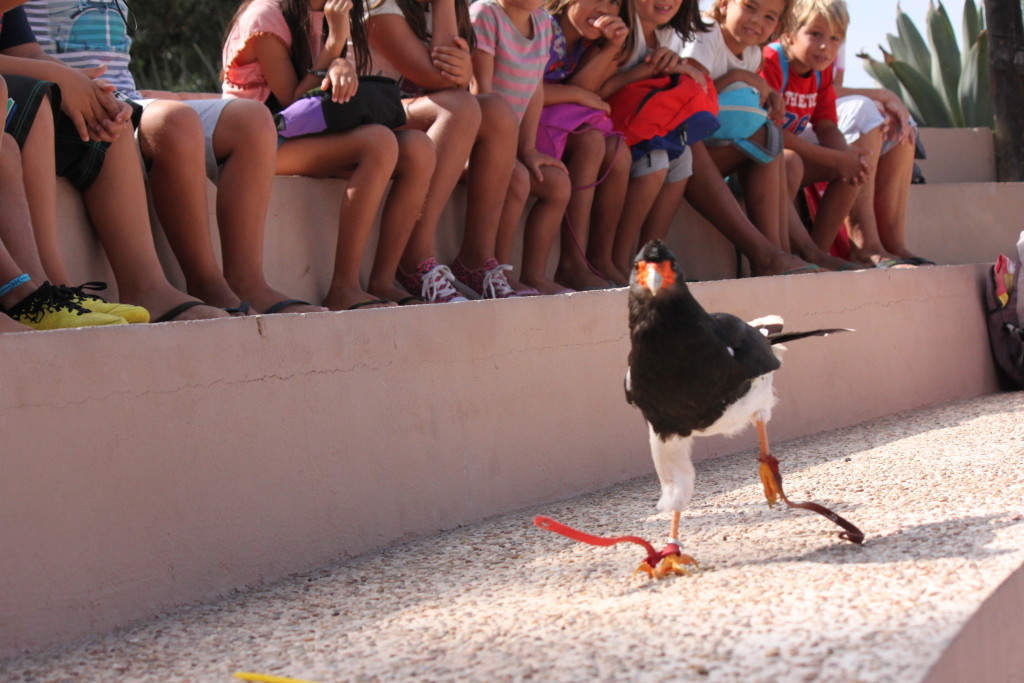 Distribution areas include Argentina, Bolivia, Brazil, Chile, Paraguay, Peru, and Uruguay. The carancho lives at the edge of the forests and in open fields.

This species builds its nest in trees or bushes using branches, grass and fur. The appearance of the nest tends to be very messy, so that there is a saying in La Plata River, which says “disordered as a caranchos nest”

It is not a typical Hunter as the other birds of prey, which fly at high altitudes. The carancho keeps to the low altitudes and grounds, it mainly feeds on carcasses of dead animals, but will also steel food from other raptors, or raid bird’s nests. It is common to see it fly over aquatic or terrestrial environments or walking on the ground in their quest to find food, to Peck the ground for insects, reptiles, worms, eggs which complete there diet needs.