Condor of the Andes, Vulture Gryphus 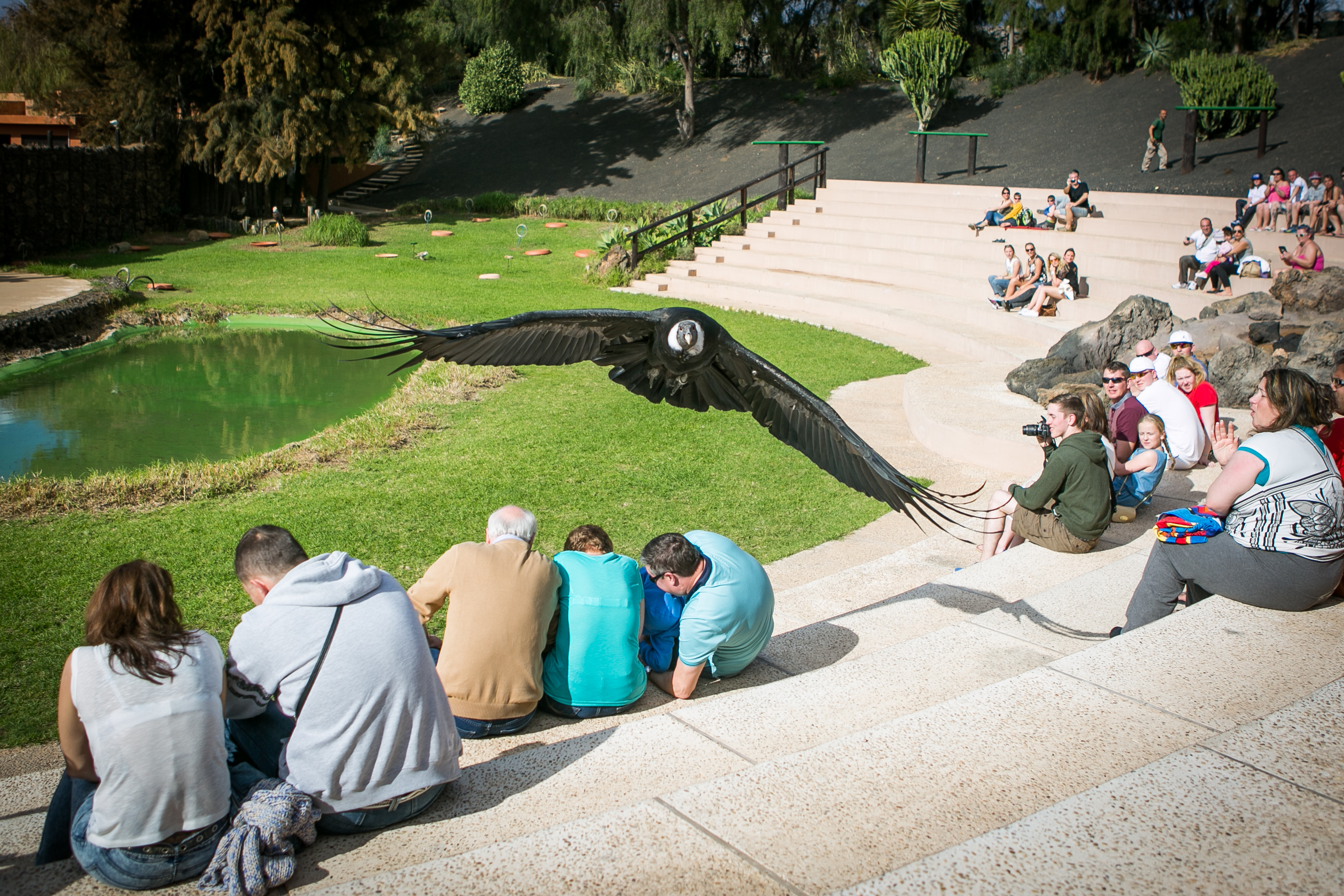 The Andean Condor, or Condor as it is called in South America, is a large bird, found among birds of flight in the higher dimensions of our days. This condor is one of the South American vulture species, or also named the vulture of the new world. The old world vultures have evolved from different ancestors from different parts of the world, though both are similar in appearance, and have similar ecological roles, there is a difference in the shape of the legs, and the head are very different, they are relatively shorter, and sturdier and have a curved beak at the tip. 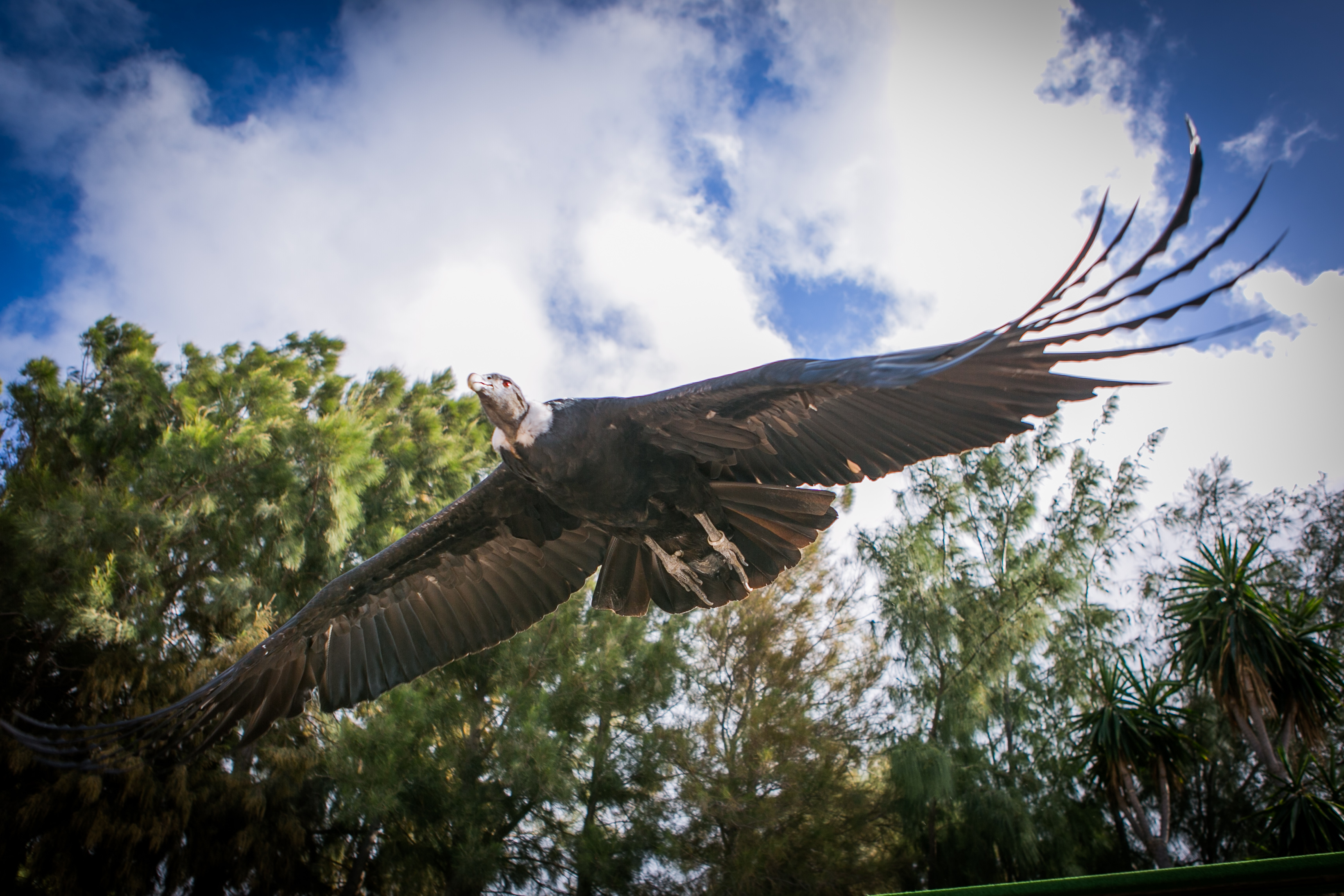 Andean condors once flew over the skies of the Andes, from Venezuela (Mérida until 1912) to Tierra del Fuego, which was there breeding route. Still they are seen around Colombia, and according to the most recent statistics to the West of Venezuela, and Tierra del Fuego, but now in much smaller numbers than it was a few hundred years ago. Its current distribution is estimated that it is not continuous at all. In low Bolivia and reaching the border with Brazil, and in Mato Grosso.

Despite the fact that in some places they are still commonly seen, it is considered endangered in all those areas where it has still managed to survive. In several countries where it lives there is a great effort being made to protect these species. There Habitat and elevation: In the Lima region of Peru, they are seen near to the coast, beaches and resorts and on the coastal hills. In Patagonia they also inhabit the Plains and come down to sea level. In the Andes they have been seen to go up to altitudes of over 5OOO meters.

The Andean Condor is a social bird. And has been seen eating in groups of up to sixty individuals, composed of young people and adults. Also seen eating with other American vultures. It is common to see more than one flying, and on the crags of the high mountains in the Andes occasionally you can see them resting several of them together. It is also possible to see them alone.

Breeding season varies depending on the area; in Colombia it appears to be April to December while in Peru from February to June. It nests in the cliffs and in caves in the mountains. The clutch consists of only one egg, which is incubated by both parents for 54 to 58 days. Both parents care for the squab, and although it is already the size of an adult at six months it is still being cared for up to nearly two years. It seems long, but this condor enjoys a life span of 50 years.

Staple foods of the Andean Condor consist of carrion from large mammals. Marine life, they eat the eggs of other birds and also the chicks. When they can’t find food, they go off hunting, for sheep, llamas and other young animals.

Excellent gliders, they can keep for hours flying on the thermals and currents of air. They can be flying for most of the night, if the conditions are good, and not returning to their base till the early morning.

This condor is a large bird, its length reaching up to 1.2 meters, with open wings reaching up to 3.15 meters. The male is distinguished from the female by having a crest on the top of his head. Males can weigh up to 15 kg; and the females up to 11 kilograms. 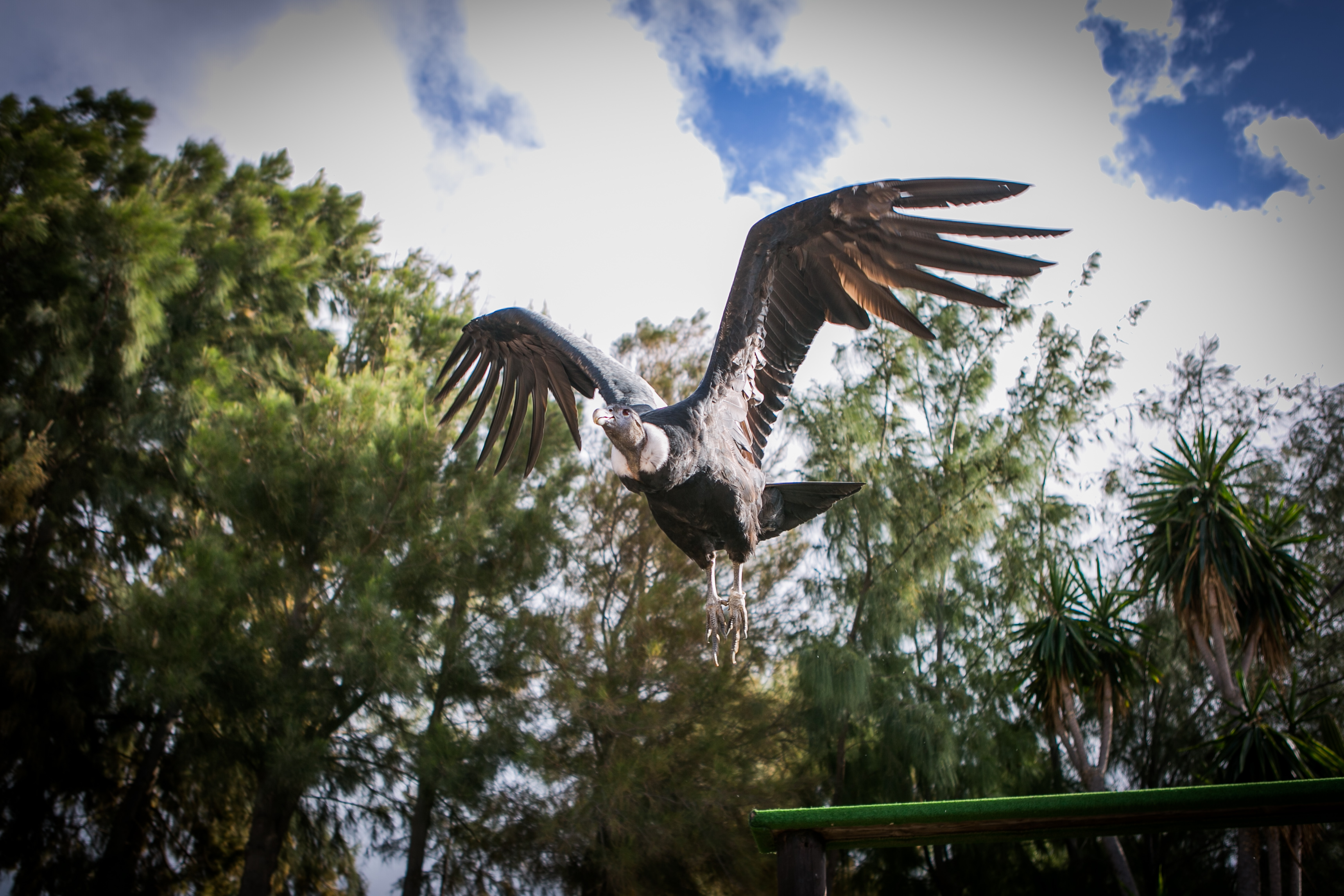