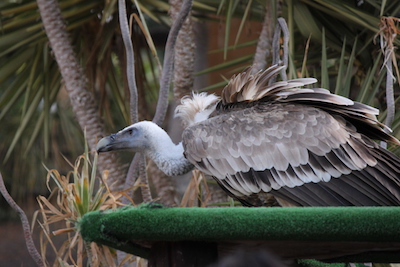 Griffon Vultures are particularly remarkable for their exceptional gliding skills: they are truly equipped for flight, although they hardly use their wings. They make heavy use of rising thermal currents which form as the sun heats the ground. They also benefit from all other aerological conditions. The Griffon Vulture can soar during hours in altitudes between 1.800 and 3.500m above sea level. On days with excellent weather conditions, the Griffon can get as high as 6.000m above sea level. Depending on the convective currents, the Griffon Vulture can cover distances of between 50 and 300km per day in search of carcasses, mainly of bigger mammals. 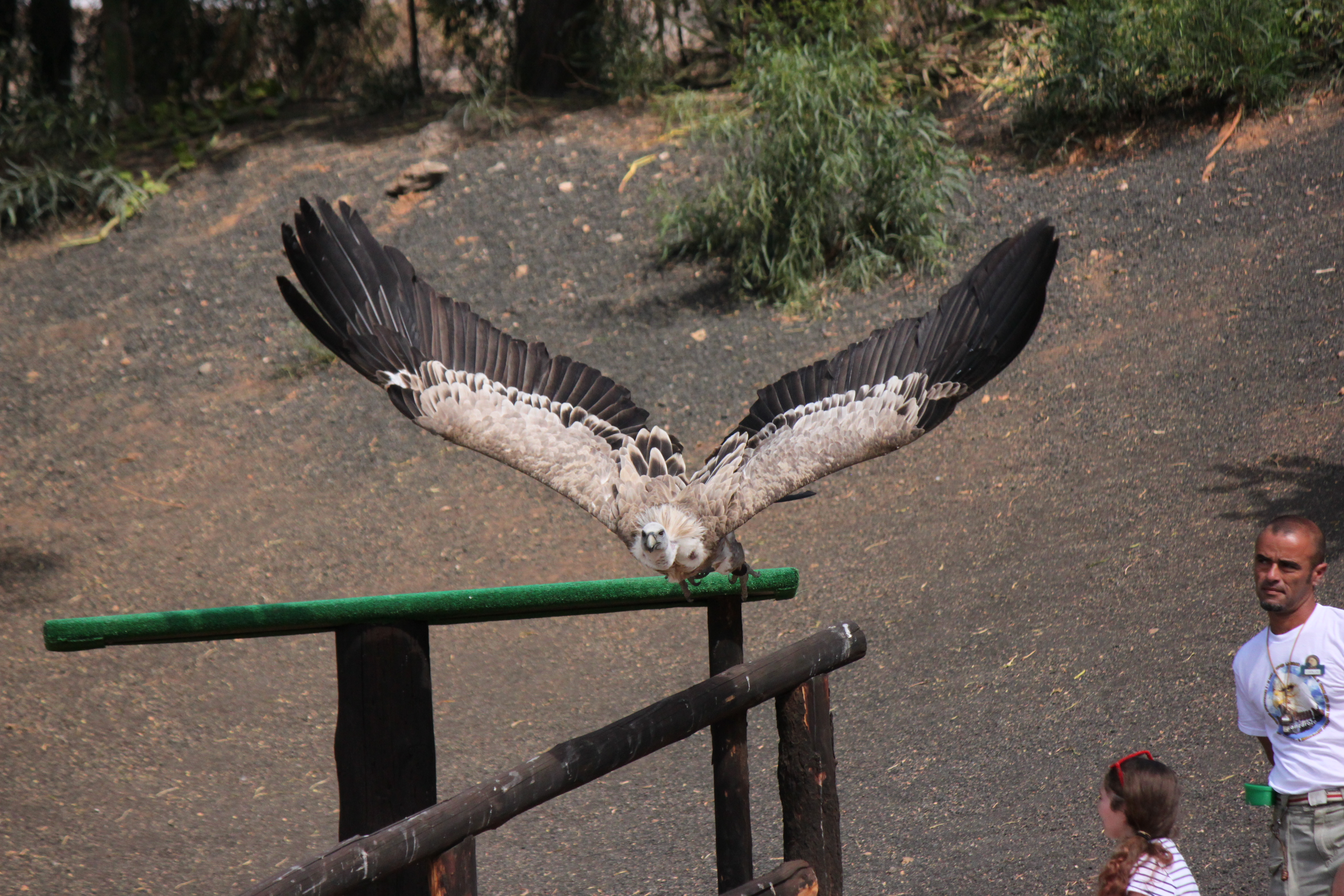 The head and neck of the Griffon Vulture are covered with short, whitish down feathers. There is a white ruff at the base of the neck that can be drawn up against the cold. The torso, front part of the wings and the breast are covered with a light brown plumage, while the rest of the body is dark brown.

Griffon Vultures are generally a bird of mountainous country, although they do descend to the plains to forage for food. For roosting, they prefer vertical rock faces and inaccessible cliffsides of more than 50m height. On days with good thermal conditions, they spend many hours resting and sunning themselves, waiting for the right weather conditions so as to begin their flights – once the sun has warmed the surroundings.

They take to the wing as soon as the day warms up, and continue aloft, soaring at a great height, until shortly after noon, when they start to return to the roost site, and make only short forays for some time before settling for the night. In any 24 hour period they spend about 8 hours flying. During that time they cover long distances of several hundreds of kilometres, depending on the weather conditions. Not only do they have good knowledge of the rising thermal currents, but also of the wind currents in general and of the specific conditions of all altitudes. The Griffons roost on cliff ledges, where they build their nests and bring up their offspring.

Breeding season starts in December and ends in April. Griffons pair for life and both parents tend the egg, which is incubated during approximately 58 days. After hatching, the young Griffon is fed by both parents. The chick grows slowly, but continuous. Unlike other birds, the Griffon chick cannot delay growth when lacking food, it immediately dies of starvation. Young Griffon Vultures fledge 3 to 4 months after hatching, around July. During some time, they stay close to the nest. Griffons are mature enough to breed after 4 or 5 years.

In Spain, the Griffon Vulture population is mostly resident and can be observed throughout the year. Populations from other countries may wander south in order to hibernate in warmer climate, but they usually return to their regular habitat for breeding.

Although the Griffon Vulture is not considered a threatened species, it is protected in some countries. In the past, they were persecuted and killed by farmers, who considered them a threat to their pregnant livestock.

Nowadays, Griffon Vultures are affected by an EU ruling that due to danger of BSE transmission, no carcasses must be left on the fields for the time being. This has critically lowered food availability, especially as in many regions the populations of big ungulates such as deers, chamois or moufflons has become scarce due to hunting and habitat destruction.

Behaviour: Griffon Vultures are diurnal and usually use the warmer hours for their activity. They may form loose colonies. When feeding on carrion, vultures follow a strict hierarchy.
Their breeding season begins at the end of the year, with the egg being incubated from January on.

Griffon Vultures feed on carrion, which is localized quickly due to the vulture’s excellent vision. The movements of smaller raptors (red kites, daws, magpies) might also indicate to the vulture the existence of carcasses. Griffon Vultures usually only flap their wings for take off. To gain height they use rising currents of hot air, soaring upward in circles. Once they reach their flying altitude, they start gliding towards the focused object. Like the Eurasian Black Vulture, the Griffon Vulture follows a strict hierarchy when feeding on carrion. Occasionally, there may be so many vultures feeding simultaneously on one carcass, that take off is virtually impossible.

Facts:
How are they? One of the biggest raptor species of the world, reaching wingspans of up to 260cm. The Griffon Vulture’s plumage is dark brown, except for the front feathers of their wings and tail, which are black. The head and neck are covered with short, whitish down feathers, which look like a medieval ruff. The beak is hooked and sharp, dark brown on the top and yellow on the sides. The large feet are designed to apply leverage by holding food to the ground rather than picking it up and carrying it away.
Where do they live? In mountainous areas.
How is the species geographically distributed? Europe, parts of Northern Africa and Western Asia.
What do they feed on? The Griffon Vulture is a scavenger that feeds on carcasses of dead animals of any size.