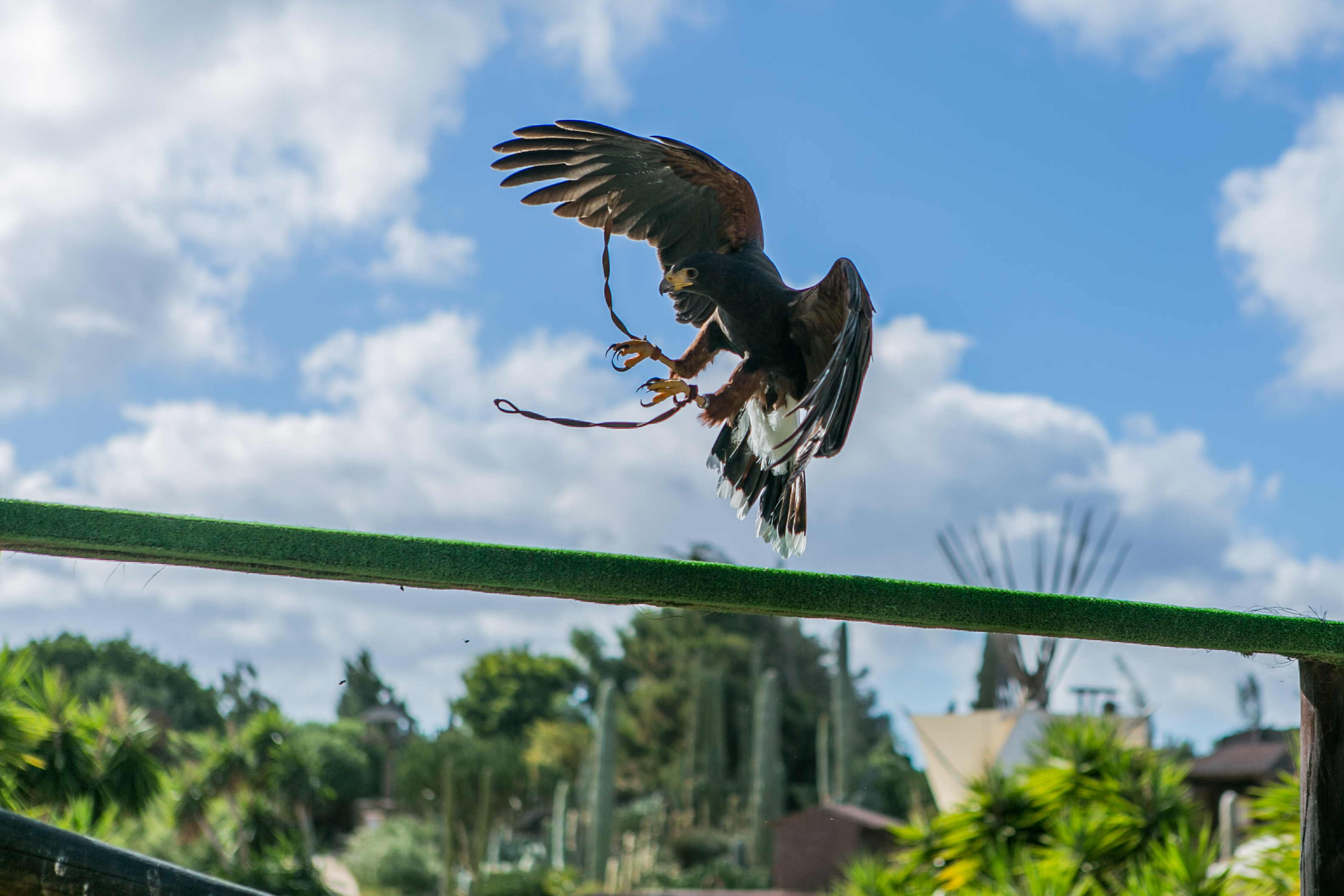 The Harris’s Hawk belongs to the same family as eagles, sparrow hawks, red kites and other birds of prey. The species is medium sized and native to the American continent. Unlike most of the birds of prey, the Harris’s Hawk is not solitary, but highly sociable. It lives in family groups and hunts cooperatively in “packs”. These hawks even cooperate in the upbringing of their offspring. 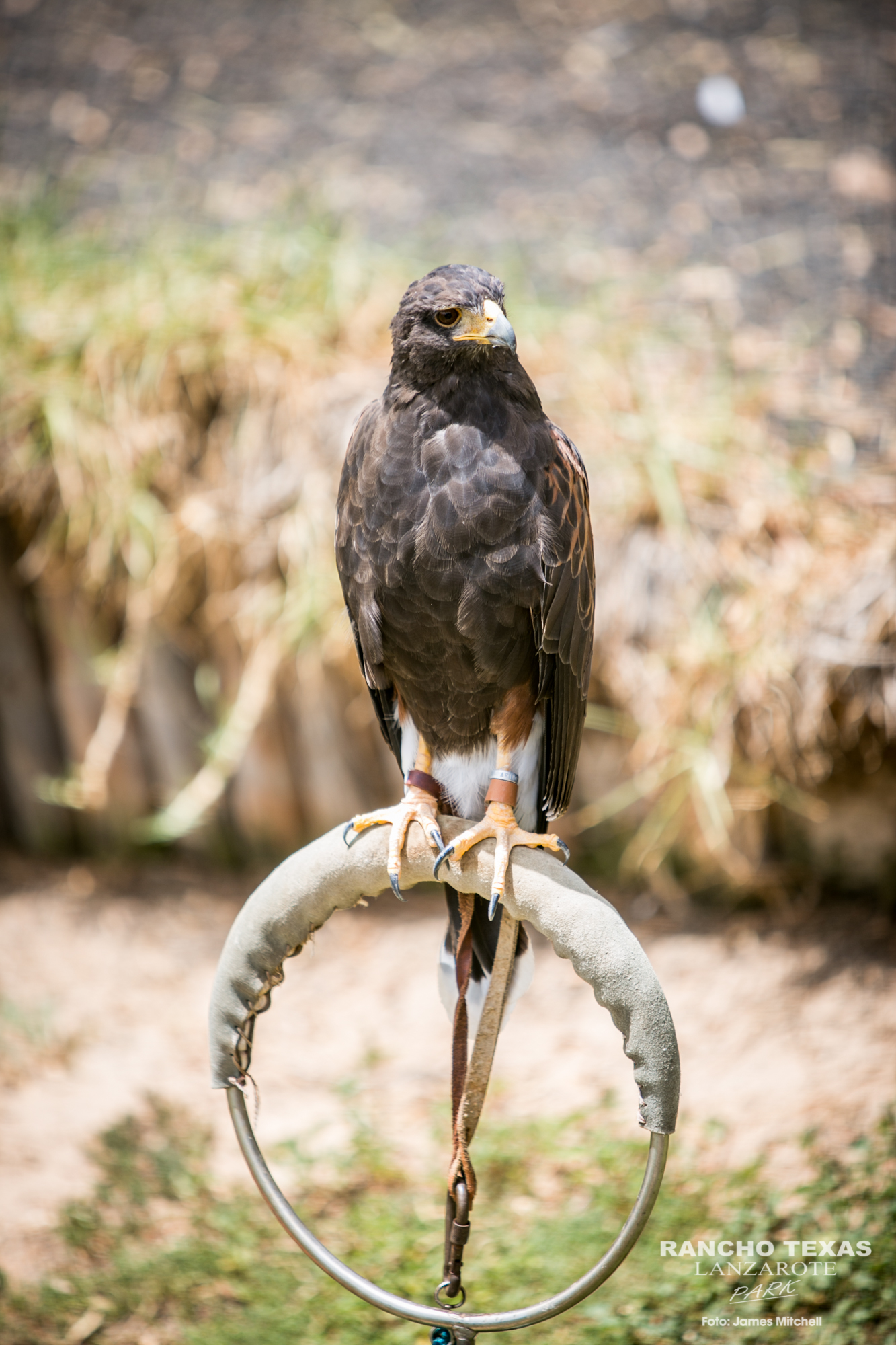 The Harris’s Hawk is a medium-large bird of prey, of approximately 50 cm in length and with a wingspan of app. 1,2m. The average weight is around 900g. There is a clear sexual dimorphism concerning size, with the female being larger than the male. They have dark brown plumage with chestnut shoulders, wing linings, and thighs, and white on the base of the tip of the tail.

Their natural habitat ranges from the United States of America to Mexico, Chile and Argentina. Most of their populations are sedentary.
The bird prefers habitats with low vegetation. It breeds in trees or on cliffs. Usually, there are between 1 and 5 eggs. The eggs hatch in approximately 30 days. The young begin to explore outside the nest and fledge at around two or three months. They disperse in search of their own territory and may settle far away from their initial location.

Harris’s Hawks hunt in cooperative groups. Their diet is based mainly on small mammals such as hares, rabbits and rodents, but they also feed on reptiles and other birds.

Facts:
How are they? These birds of prey have dark brown plumage with chestnut shoulders, wing linings, and thighs, and white on the base of the tip of the tail. They are approximately 60cm long and their wingspan reaches up to 1,2m. Females are larger than males.
Where do they live? In grasslands and areas with low vegetation, as well as marshes (with some trees), savannahs and sparse woodlands.
How is the species geographically distributed? From southwest USA south to Mexico and Chile and central Argentina.
What do they feed on? Hares, rabbits, pigeons, rodents and exceptionally lizards and other reptiles.