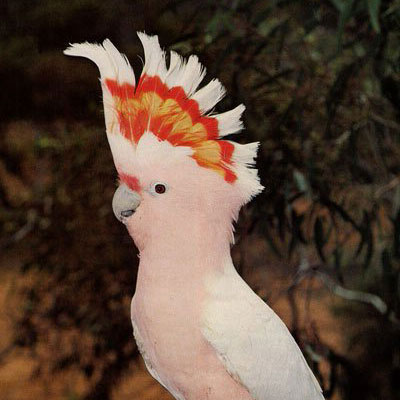 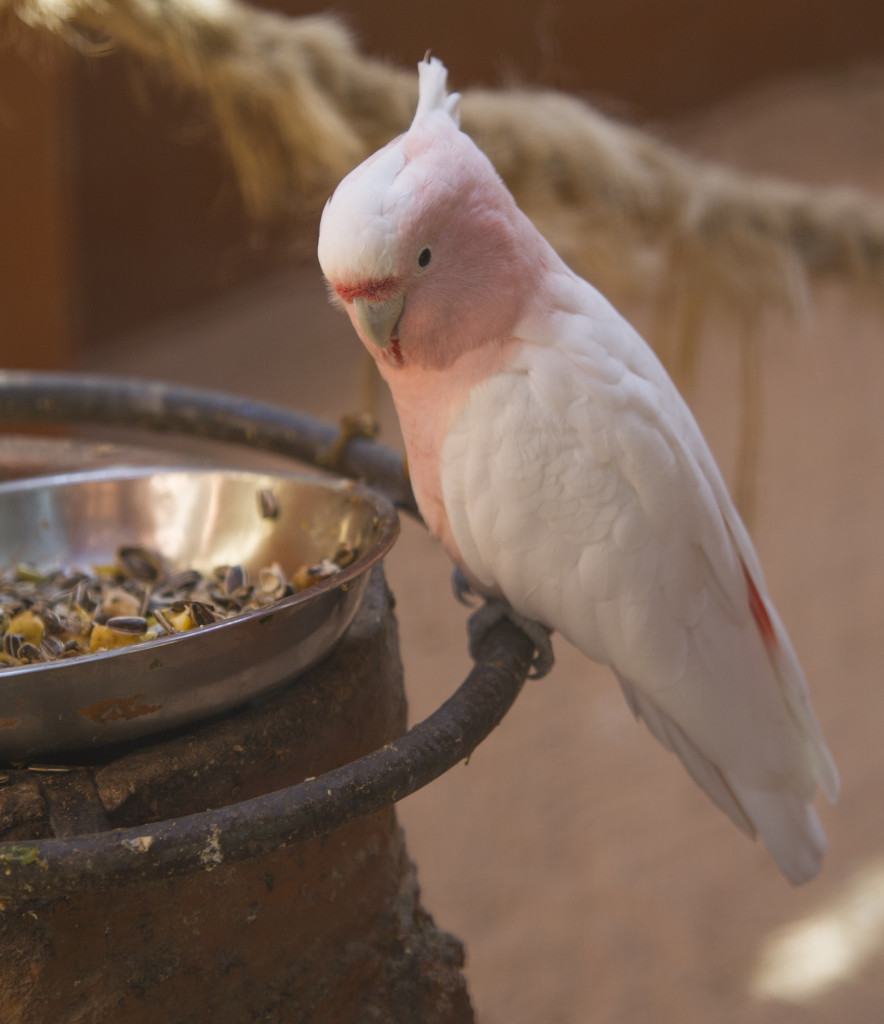 The Major Mitchell’s length ranges from 33 to 40cm, with an average weight of 480 grams. With its soft-textured white and salmon-pink plumage and large, bright red and yellow crest, it is generally recognised as the most beautiful of all cockatoos. Its most prominent feature is its large white-tipped crest that is banded in red and gold.

The Major Mitchell has always been a popular bird in aviculture and it is part of many private and public collections. However, it is not very common as a pet, as it is hard to tame and very expensive.

Facts:
How are they? Their body length averages from 33 to 40cm and their approximate weight is 480g. Their plumage is soft-textured and white on the upper part of the body and salmon-pink on the underpart. The Major Mitchell’s most prominent feature is its large white-tipped crest that is banded in red and gold.
Where do they live? Open woodlands and semi-dry regions, with clear preference for Eucalyptus.
How is the species geographically distributed? Mid-western Australia.
What do they feed on? Seeds, fruit, berries, nuts, flowers and roots, but also invertebrate larvae.