Our tribute to the canaries who founded San Antonio of Texas.

This theme park has started to gather all possible information to be disclosed and known exploits of the settlers, that leaving their homes and land in the Canary Islands, sailed to the New World. 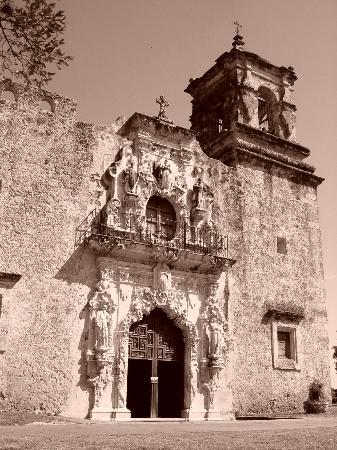 The story is mistaken with the legend when reading the chronicles, books and historical archives from the people of Lanzarote who on February the 20th 1730 left Teguise and embarked on a sloop to the island of Tenerife and once there, left again on March the 15th towards The Havana in Cuba in order to sail to Veracruz, Mexico, to begin a long journey overland, bearing all kinds of suffering and hardship in a caravan, to settle and establish what is now known as San Antonio Texas..

On August 1st 1731, the first Texas municipal government was organized by the following canariens who were elected, and who were to posterity:

After the first constitution of the first municipal government, everything needed to be done. The houses, the streets, the square, the church. This was all hard work to do.