Every day there are  exhibitions to show off their skills and intelligence.

The friendly California sea lions and Patagonia are noisy, playful, are an international sensation and have decided that the Rancho Texas Lanzarote Park is their permanent home. They are nothing more and nothing less than marine celebrities that allow us to dream of the planet and it´s hidden places, seeing them, you feel admiration for Mother Nature.

Sea lions descend from terrestrial ancestors and have evolved different characteristics developed to conquer the water world. Currently there are 19 species distributed throughout most of the Atlantic Ocean, the American Pacific coast, the North Pole and Antarctica.
They are marine mammals, their bodies covered with hair, limbs in form of flippers. Male sea lion in adulthood develops around his neck a mane like a normal lion. Their diet consists of all kinds of fish, squid and krill. 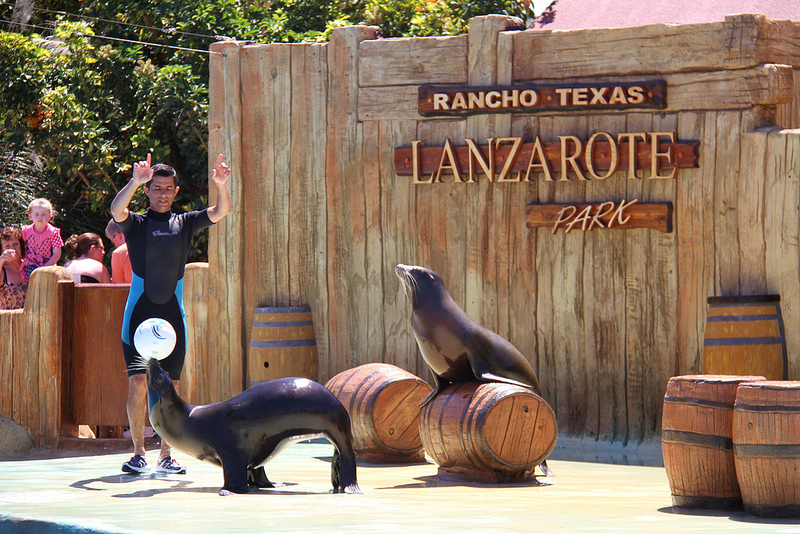 The sea lion is an expert swimmer who uses his front flippers to propel themselves forward, making leaps of up to 1.5 meters and steer their body with their rear flippers.
Longevity is estimated between 20 and 25 years, reaching sexual maturity at age three for females and five for males. They live in large colonies. Each male sea lion can have between 12 to 100 females, depending on the species and the dominance of the male.
Their predators are killer whales and white sharks. Although not endangered, sea lions are a protected species. 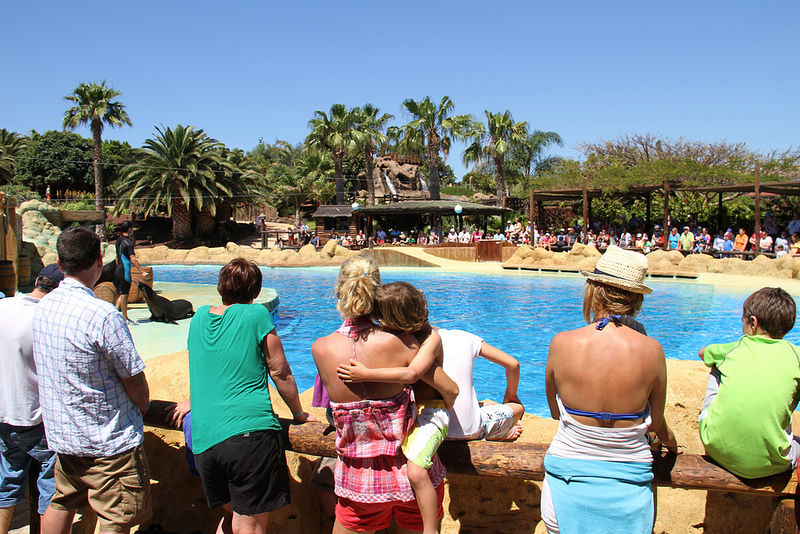 Reproduction time is always in summer and in those three months they live on dry land. They have one pup born a year. Lactation lasts six to 12 months. Once pregnant, the female regains her freedom.
They differ from seals that have ears and can walk on four flippers.
The training of these animals is based on “time”, “patience” and, above all things, “respect.” So we are aware of their moods and, like us, you must understand.