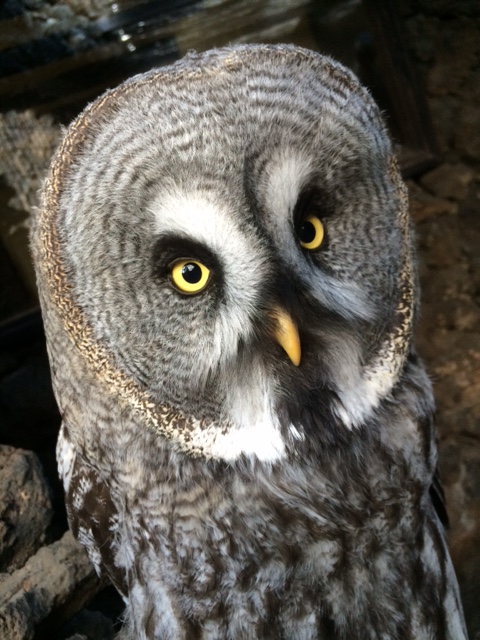 Distribution: These owls don’t mate very often and they do it irregularly in coniferous forests in Lapland and other Northern regions, they can sometimes be found nesting in the center or south of Finland. There are around 300 to 1.500 mating pairs.

Migration: They are sedentary, but if food supply is low they have been known to fly longer distances, to the south of Finland and sometimes even the south of Sweden or the north of Germany. This can be seen most during September and April. 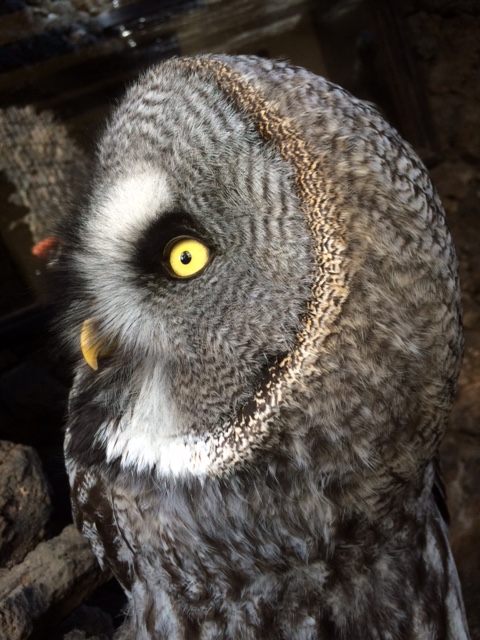 Description: The Great Grey Owl is nearly as large as the Eurasian Eagle-Owl. Its feathers are pale grey with darker grey streaks through them. It has the largest facial disc out of any raptor, with intense, bright, yellow eyes with dark rings around them. Their faces also have markings giving them the aspect of having a black beard and large, white eyebrows. Their tail is quite long with a wide dark stripe at the end border.

A distinctive characteristic of this owl is that when in flight it appears to have yellowish patches, a vision created by the base colour of its primary wing feathers. Their feet are covered in fluffy feathers and have brown claws. Its beak is a similar shade of yellow to the iris of its eyes.
Size: Length 59-68cm, wingspan 128-148cm, weight 650g-1,1kg (male), 1-1,9kg (female).

Mating: They lay from 4-7 eggs in March or April that the female incubates during approximately a month. The eggs will hatch at different moments and will abandon the nest after just three weeks, long before learning to fly.

Diet: Although this owl is large in size it feeds itself mainly on small rodents that it captures using its fantastic hearing that allows it to hear even prey that is hiding under large mounds of snow.