Wakan Tanka, mercy upon all. 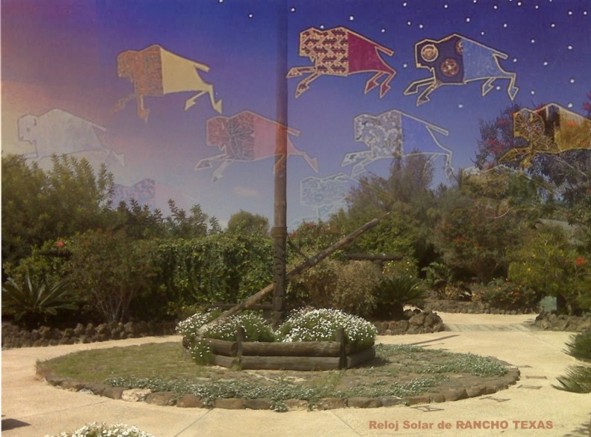 The bison was considered a sacred being with strong powers and the messenger of the Great Spirit. The Sun Dance is an ancient spiritual ritual practiced by the people from the North American Indian Nations. Each tribe has its own characteristics.

For example, the Sioux ritual dance lasted for several days during which the villagers danced around a big tree decorated with bison bones placed at the centre of the village. They would dance around the tree, looking at the sky without eating or drinking. This was done in order to ask the Great Spirit for power.

The Sioux also practised “hanging” as a part of their ritual. It consisted of various lacerations made by the Chaman on each mans chest where he would then insert sharpened pieces of wood. These pieces of wood are tied to the wooden pole in the centre of the village. Their aim is to free themselves by pulling backwards. This often causes them to pass out from the pain and invoke a vision from the Gods. Women do not participate in this, but receive small cuts on their arms, producing scars or tattoos on the skin. This practise was banned in Canada and the United States in the late XIX and early XX century.

Nowadays this practise is legal since the days of President Carter.

The Sun Dance is the ceremony of consciousness, strength and purity and is in the highest level of spirituality to thank the Great Spirit for the gift of life.