Once upon a time, when Colón was arriving to the Carribean no native could see their ships even though they were on the horizon. Because they had no understanding of the existence of ships or even seen one.

The tribe chief approaches the beach and sees ripples in the sea and wonder why? So he went to the beach every day and looked and looked but still couldn’t see anything. Until one day the finally sots Colon´s boats and he spreads the word to his tribe, as he is the chief everyone trusts and believes him. They all follow him to the beach. You may wonder… what is reality? 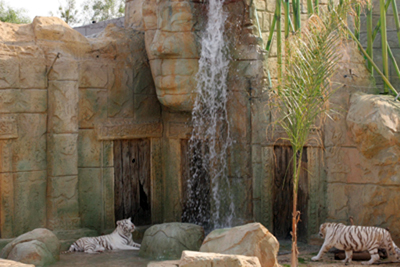 In Lanzarote, there is a theme park Rancho Texas Lanzarote Park where there are various “realities” you wont believe until you see them. You will discover species, ecosystems, dimensions recreated habitats from all over the world.

Animales totémicos: are those animals that have had a great impact and influence in all culture leaving behind stories and legends to be told.

For example, the Panthera Tigris or the white tiger, there are only 200 species in captivity in the world. Their conduct, behavior and movements opens up a door to the exotic and mysterious side of India. The white tiger also called “Royal tiger” has always been in danger of extinction as his fur was envied and wanted for its “royal powers” (therefore its nickname) Emilio Salgary created characters that made our minds race with imagination, maby the most-known character was Sandokán the pirate also known as “Malasia´s Royal Tiger” 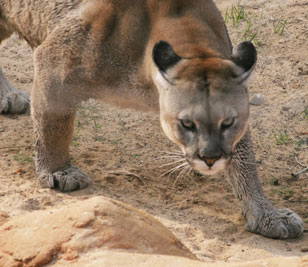 Now, let´s move on to the mountains and landscapes of America without leaving our park to see the concolor puma, also named as the American lion, a very respected creature among the Hispanic natives of North and South America.

The Indians worshiped this cat and carved it´s sacred effigy in the rocks. The Aztec doctors used puma’s bones believing they had magical powers even against death. Even nowadays, Indians use puma’s legs for healing.

This adventure away from “reality” can last all day if we get carried away with the exhibitions, specially the birds of prey one. The sensation of the fastest bird in the world or the largest bird of prey flying over your head is unreal! Or let´s go back millions of years as you watch the crocodiles. The last remaining specie from the Dinosaur Period more than 65million years have gone by and crocodiles have barely changed. These reptiles mean the beginning for the Mayas and where highly worshiped in Ancient Egypt. 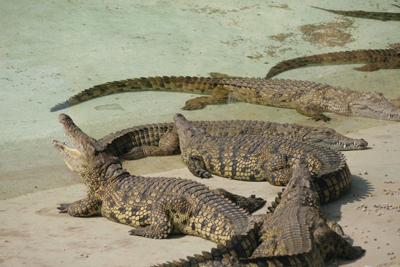 We have also gone by and seen the American Bison munch away at their food, these amazing animals were hunted down by American Indians as they were the main source of food and clothing. The American Bison nearly saw it´s end in the XIX…

But we are not going to tell any more come and found out yourselves visiting us at Rancho Texas Lanzarote Park and make it your own adventure!!