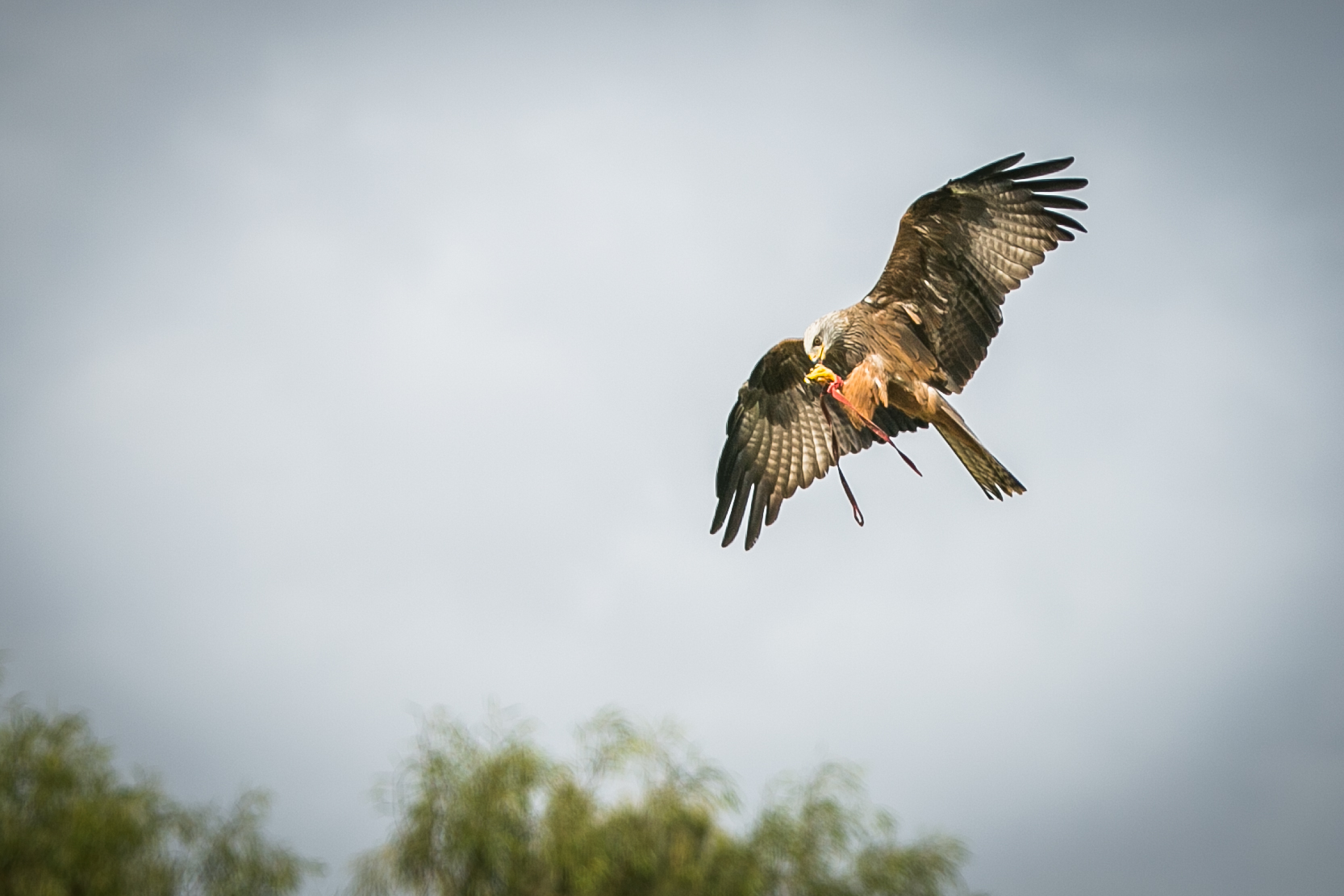 The Black Kite (Milvus milgrans) is a medium-large bird of prey in the family Accipitridae, which also includes many other diurnal raptors such as eagles, buzzards and harriers. Black Kites are native to the warmer regions of all continents and on many tropical islands. 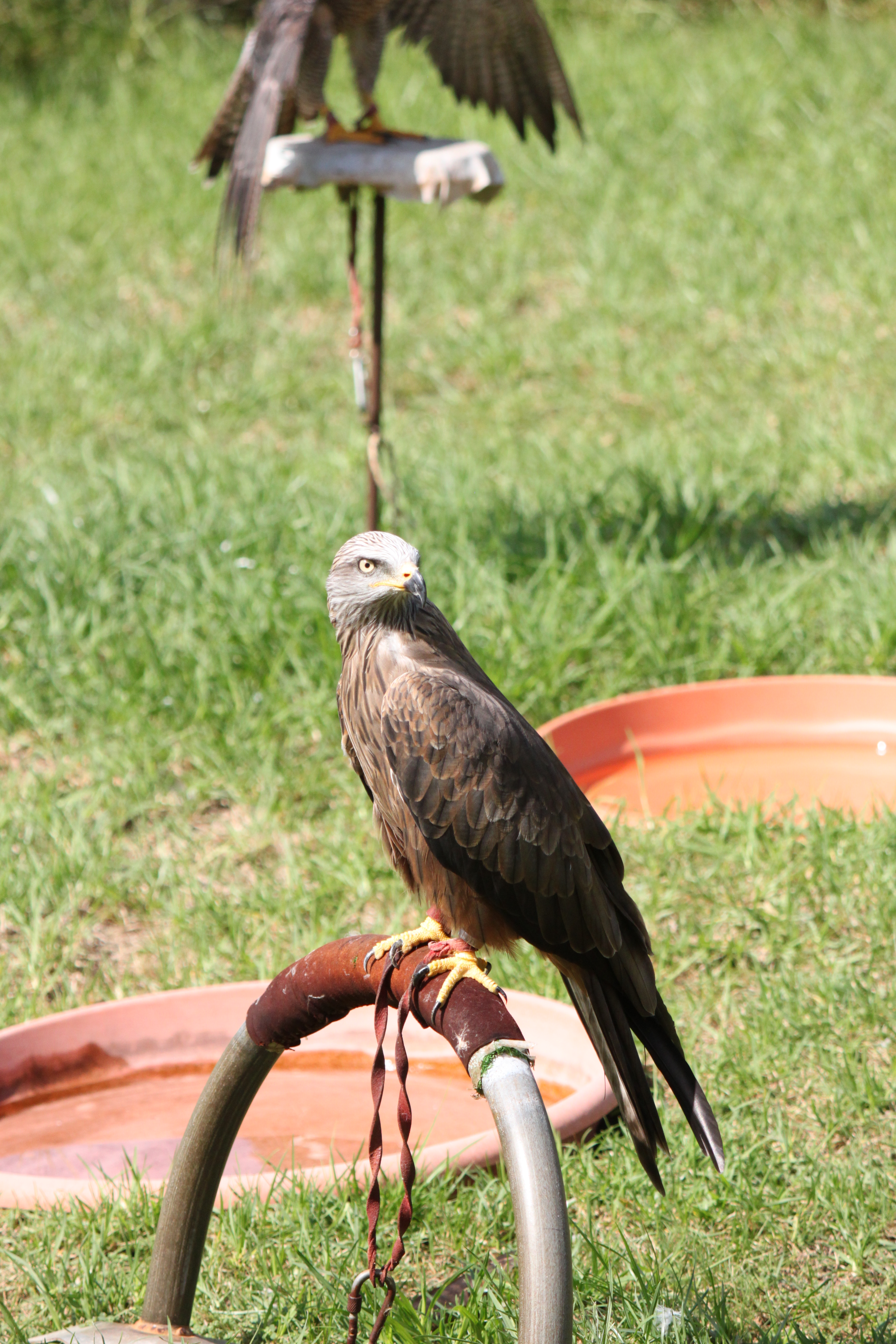 The Red Kite’s talons and claws are weaker than those of other birds of prey. This is the main reason why they mainly feed on small animals or carrion. However, the diet varies according to the species and habitat.

All species of the family Accipitridae nest in trees, except for the Snail Kite, which is native to the Florida Everglades, other parts of Florida, tropical South America down to Buenos Aires and the Caribbean. The nest is built of sticks on thin branches of bushes and trees in flooded areas. Their average size ranges from 43 to 48 cm. The species feeds exclusively on apple snails. The adult male has dark blue-grey plumage, the adult female is dark brown. Both sexes have white feathers on the end of the tail.

The most common Eurasian species are the Black Kite, with an average body size of 61cm, and the Black Kite, of 56cm. Both species have a long, forked tail, especially the Red Kite. Both species are scavengers. Once the Red Kite was as much a London bird as the ravens in the Tower of London. The streets of Shakespeare’s capital were full of red kites. But gradually improving public hygiene and waste-disposal robbed the red kite of its niche in the most of the UK’s ecosystems, and by the end of the 18th century it was extinct as a breeding bird. Today, only a small population persists in Wales. In continental Europe, both the Red and Black Kite are commonly seen. The Black Kite’s range of distribution even includes South Africa and Australia. During the summer months, the Black Kite is often seen on the Iberian Peninsula, whereas the Red Kite is resident throughout the year.

The Black-shouldered Kite is common all over Southern Europe, Asia and Africa, reaching even the western parts of the United States. Adults are a very pale grey with a white head and white underparts. The leading edge of the inner wing is black. Black-Shouldered Kites are around 38 to 43 cm in length. They are mainly birds of the grasslands. They can often be observed hovering in mid-air with conspicuous skill, quartering the ground for small creatures. The Black-shouldered Kite is considered a rare species in Spain, although it is resident throughout the year. The most beautiful of all north American kite species is the Swallow-tailed Kite.

Facts:
How are they? The upper body of the Black Kite is dark-brown with yellow feathers. The underpart is rufous with black vertical spots. Head and neck are grey with sharp, dark lines. Red and Black Kites differ in the colour of their plumage: the Red Kite is mainly rufous, whereas the Black Kite is entirely black. The Red Kite is 60–65cm long with a 190cm wingspan.
Where do they live? Black Kites usually nest in woodlands. They build their nest of dead twigs and grass on a main fork or a limb high in a tree.
How is the species geographically distributed? Canary and Cape Verde Islands.
What do they feed on? Birds, small mammals, invertebrates and carrion.